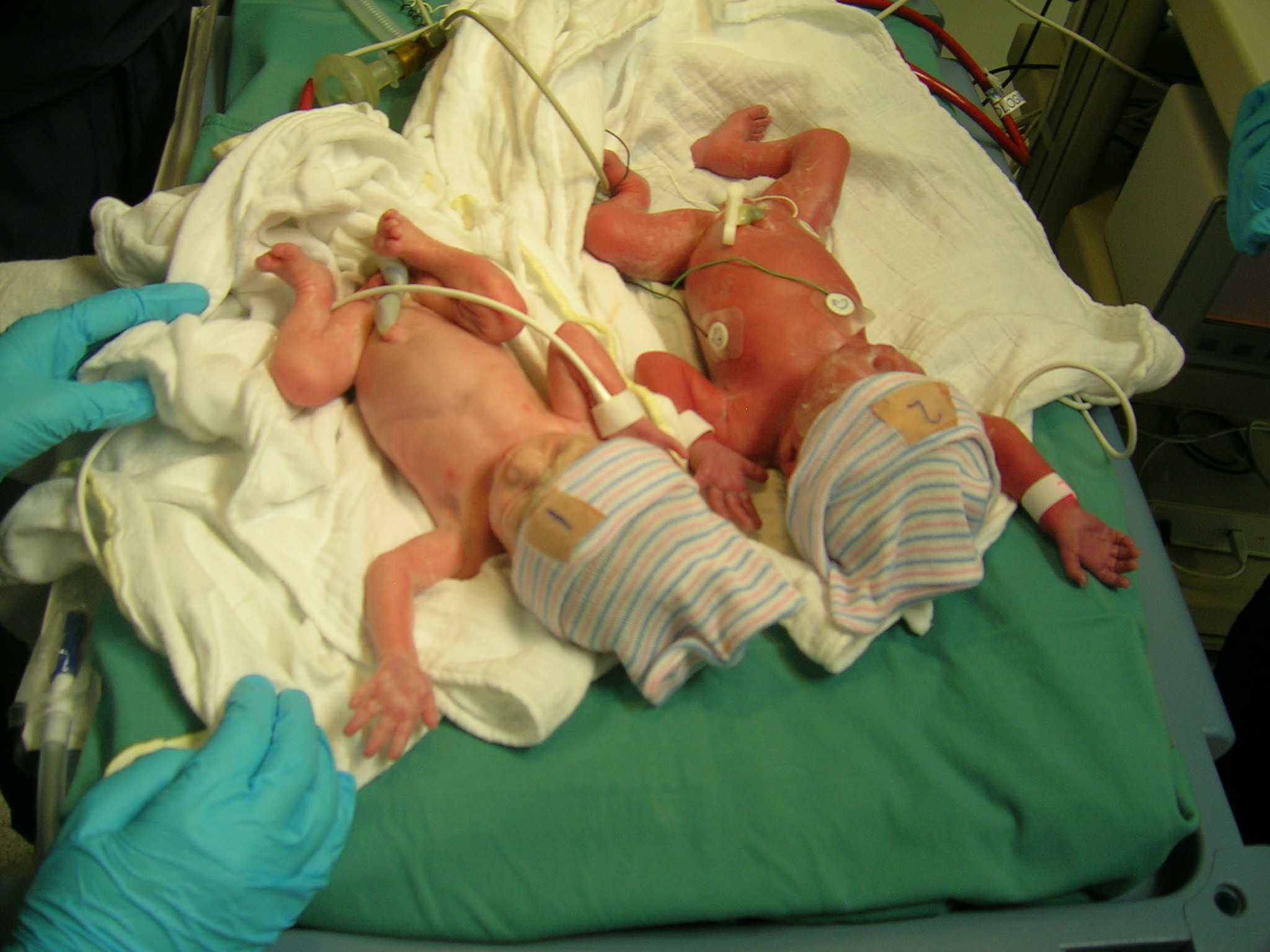 A week and a bit has passed and I think it’s time to update you all on what has gone on.  Currently we are back in Almere, the girls are still in Leiden (75km’s away) and we commute between both, occasionally staying at Marius’ parents place a little closer to the hospital.

As this is my journal, I’ll first of all selfishly tell you all I am doing fine after the C-section, healing nicely and obeying the doctors as much as I can.  As most people know, I can’t sit still for long ;).

The girls are doing really well, almost back at birth weight.  Tilly is a trooper.  She’s happy when she’s sleeping, eating, pooping and peeing.  (Like her daddy!).  Emmy is a little more feisty, has a very pronounced personality, lets the world know what she wants and what she doesn’t like, can be a little bit of a drama queen … wonder where that comes from?
Tilly now has no extra support or infusion lines, but poor little Emmy picked up a bacterial infection and is on antibiotics for now.  She is doing really well though.

So, onto the stories about our experience post birth.

In the scheme of things, TAPS is a fairly new research area.  LUMC (where the girls were born) is the leading research hospital in the world for TAPS.  We were actually privileged enough to have not only the head of foetal medicine on our case, but one of the leading researchers. This doesn’t mean we got treated differently, just that we had a couple of extra people who were REALLY interested in our babies (and the placenta)… more on that in a sec.

We knew on the 12th of December that sometime before 2pm we’d have the C-section.  It still didn’t prepare us for the speed things happened.  At 11am, my room filled with people, and we were moved to the preparation room for theatre.  It took forever for the bloody epidural – they couldn’t get a spot lower down so I ended up with a complete spinal block – awesome fun, couldn’t feel a thing from my boobs down!  Also, apparently laughing is not usually a reaction to epidurals!  Honestly, I felt like I was drunk … couldn’t move a damned thing and was totally relaxed.  Marius came in, dressed in the most awesome coveralls (sperm suit!) and facemask, the screen went up, and apparently it was on like Donkey Kong.  (Don’t ask me, I couldn’t feel a thing).

At this stage, we had no idea what was going on. Next thing, a nurse came back with Emmy … and I was introduced to my oldest daughter.  To be honest, when I first saw her, I cried.  Actually no, I was sobbing when I heard Tilly cry.  When I saw Emmy, I cried again.  The horrible pregnancy, the condition that threatened her life and her sister’s – it was all worth it.  This ugly little pasty gremlin was mine. It was a fleeting visit, and she was whisked away again whilst I was sewn back together and Marius went with the girls to the ICU.

I get stitched up, and taken to recovery.  Ladies, if you ever have a C-section – listen now. You will get the shakes.  Not dainty ones either.  Bone shaking, meth drinkin’ shakes.  And no one warns you!  I was here for around an hour – just drifting – and then they took me to see the girls. I had seen photographs, and I knew that they weren’t pretty (man, they were ugly!) but there is nothing like the first look at your babies :).

Fast forward a couple of hours.  (I should mention here that we had promised the placenta to research) A knock at my door, enter the research doctor.  Carrying a covered platter (kind of looking like a meal).  I sit up … (alright, I push the button that raises the back of the bed – if you’ve got that, why use muscles!) and he puts the tray on the table – lifts the lid and smack! I’m looking at the placenta.  Except it’s all brightly coloured – red and blue for Emmy’s half, green and gold (huzzah!) for Tilly’s half..  He then goes on to explain everything they found from the dye analysis … and all I can think is ‘My god, I thought that was my dinner!’  It turns out that it was classic TAPS – just a few crossovers of veins and arteries had caused the dramatic entry to the world of my girls.  He then covers it again, very protectively, and asks me if I would let him take it for more research – to look at under microscopes etc.  Not having a use for a brightly coloured placenta in the home, I agreed, and he whips out a piece of paper and gets me to sign it.  Next thing you know, he scurries out of the room, firm grip on tray, and I’m sure I heard a “My preciousssssssss!” as he disappeared …

If you've enjoyed my writing...

You can find more of my work on my professional website here.

Make a donation to the charity that means everything in the world to me, The TAPS Support Foundation. We're making a difference by raising money for TAPS Research and connecting families.
Donate Here.