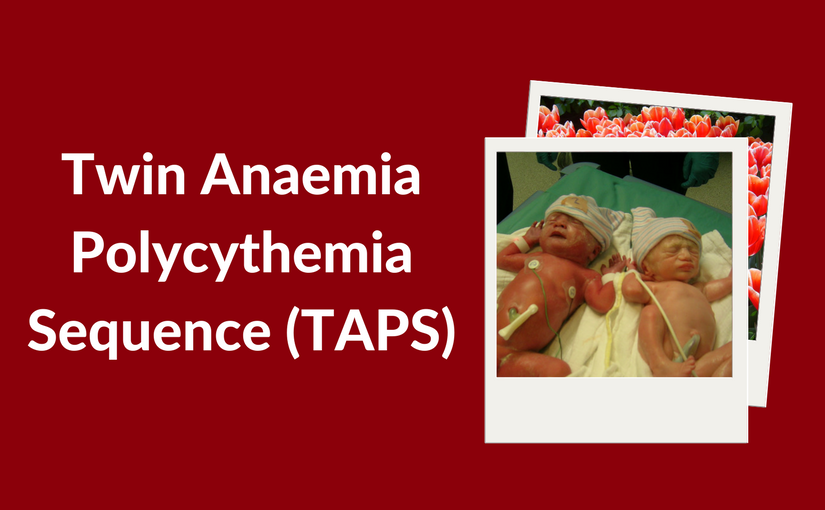 Life took an unexpected turn on the 25th of October, 2013, when our twins were diagnosed with Twin to Twin Transfusion Syndrome (TTTS).  It wasn’t an easy diagnosis to handle, particularly when the mortality rate of one or both twins is quite high.

What is Twin Twin Transfusion Syndrome?

TTTS is a condition affecting identical (monochorionic) twins. It’s where there’s almost a ‘fault’ in the placenta.  It is caused by connecting blood vessels in the placenta.  Most of the time this doesn’t cause any issues with the development of the babies, but in around 15% of cases (don’t quote me, the statistics are ever-changing!) this can cause problems with the twins sharing blood flows.  The ‘donor’ twin has less blood, their development is decreased, making them smaller and they can have problems with making urine, and this ultimately leads to less fluid around the baby The ‘recipient’ has an increased chance of heart problems and produces a lot more urine, so they have more fluid. This also pushes on the smaller twin and makes their growth a lot more difficult.  If it remains undetected, it can kill one or both babies.

TTTS can happen slowly, or as in our case, rapidly.  We had an echo at 22 weeks and everything was normal.  10 days later, at 24 weeks, baby A had a pocket of fluid only 1.5 centimetres at the deepest point, and baby B’s was 10.5 centimetres.

We were rushed to the LUMC for a second opinion, by an incredibly forward-thinking doctor at our regular hospital.  Whilst we had our issues with the hospital, the care and the treatment we received whilst at the LUMC was nothing short of spectacular, and I credit my girls’ lives to the fantastic staff and research teams there.  Regular monitoring and incredible care by an outstanding support team there truly saved not only girls but us.

The TTTS seemed to stabilise, and even got to a point where they were happy that the balance had restored itself. It was truly amazing, but they continued with fantastic care and follow-up, and also monitoring for another condition – Twin Anemia Polycythemia Sequence – TAPS.  TAPS is relatively new in the scheme of things – it has really only been identified as a separate condition to TTTS in since the early 2000’s, and researched heavily.

What is Twin Anemia Polycythemia Sequence?

The major difference between TTTS and TAPS is the size of the blood vessels that are connected. In TTTS, the blood vessels are larger and thicker, whereas in TAPS they are quite small.  Less than 1 mm thick, to be precise.  The donor twin passes her red blood cells to her sister, leaving her anemic, whilst her sister, the recipient, has too many red blood cells (polycythemic). The twins develop many of the same issues as TTTS, including the same alarming statistics on the death of one, or both twins.  TAPS occurs spontaneously in approximately 3-5% of monochorionic twin pregnancies.  And that’s where we found ourselves at 30 weeks – diagnosed with possibly TAPS – and facing an emergency caesarean section

Because TAPS is so newly researched, there is a lot of unknowns.  We don’t know the complete long-term prognosis for our girls.  What we are thankful for is that it is being researched and that we can contribute to that research and raise awareness.

There are many, many people to thank for the fact I am here to tell a positive story about my girls, and to share their story, as well as the fact that we can all watch them grow and develop.  Firstly, to our fantastic family and friends who stood by us and helped us through our dark time, both before and after the birth of the girls.  To the amazing doctors and staff at Flevoziekenhuis for their incredible support and forward-thinking. To our wonderful doctors and researchers at LUMC who put everything they have into saving babies like ours. And to the staff of the 2 NICU’s that my girls terrorised – LUMC and Flevoziekenhuis.  You are all wonderful.  Thank you.

One Reply to “Our Twin Anemia Polycythemia Sequence Story (With TTTS)”