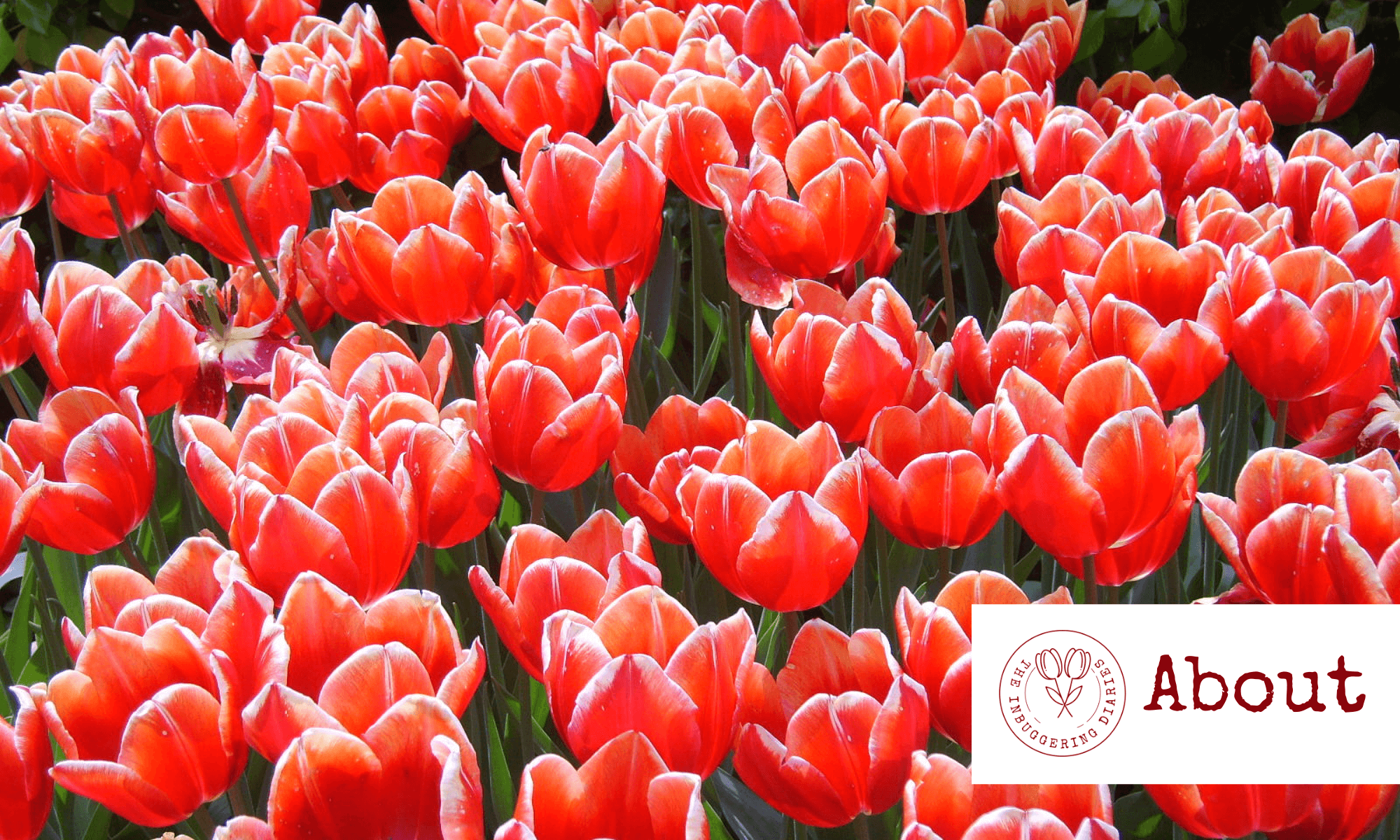 My name is Stephanie Ernst. I’m an Australian, living in the Netherlands with my German/Dutch husband and twin daughters. Formerly a banking and insurance guru, I ditched my job and moved halfway across the world with my husband in pursuit of his career in science. I traded in my thongs (flip-flops, not underwear) for clogs and now wrangle my twins and husband in a different culture and climate and talk about how my life changed when I started putting vegemite on ontbijtkoek. Learn more about the Inbuggering Diaries on this page

10 years ago, I started this blog to keep up with my family and friends in Australia. My first posts were very much about life in general, adapting, and eventually the life changes that come with parenting in a country that isn’t your own. I never ever dreamed this blog would change my life the way it has, but I’m grateful for it. While I don’t write as much as I used to, this blog is a part of my own inburgering journey, and a huge part of my life and the path it has taken.

Now it’s more about those things that still amuse me, and intrigue me about Dutch culture. If you want my serious, profound side, it’s better to look at my professional website. And if you’d like to know what this blog has inspired, visit my foundation’s website.

This blog is dedicated to my amazing twin girls, Emilie and Mathilde, whose personalities and story inspire me every single day of my life.

On the 4th of February, 2012 I married my long-time (and in his words, long-suffering) long-distance boyfriend.  We’d met about 9 years earlier on a nation simulation game, where his country was a technology crazy alien empire, and mine was a kind of liberal hippy utopia with slight communist undertones.  To be honest, while we got along off-screen, our characters onscreen were always butting heads.

We’d never set out with romance in mind.  We just talked a lot, and things progressed rather naturally from there.  And when we met for the first time, well, it seemed perfectly natural.  After a few years of back and forth between Australia and Europe, he proposed on February 1st, 2011.

We married in Australia in front of family and friends – and it was a couple of months later that we made the decision to move to the Netherlands together. (seemed a bit silly to be living in different countries whilst married!).  Marius had found a job in a city called Almere, and in his words, he described it as the ‘Ipswich of Amsterdam’.

So, on the 4th of April, 2012 I packed up my stuff and moved halfway across the world.  I’ve now experienced immigration rules, learning a new language, even changing my shopping habits and giving birth.

Changing your life so rapidly can be daunting.  I was desperate to keep in touch with family and friends, and as I’ve been told I have a gift for storytelling, what better method than to write about your experiences and how they change you.

That’s why I started my blog.  I can record my memories so my family and friends can read them, and I can preserve them in a digital form for others to see, relate and perhaps even hate on ;).

When you move to the Netherlands, you are generally required to complete an integration course called an “inbugeringscursus“. This is a course designed to help people adapt to Dutch culture, as well as learn some of the language so you can function in Dutch society, and know that it is indeed a cultural faux pas to put vegemite on ontbijtkoek.

Of course, in the expat world, it received a different name, and is affectionately known as inbuggering because well, it can bugger you up. And trust me, I’m grateful to be finished with mine!